Following the inception of the World Bank funded Mozambique Mining and Gas Technical Assistance Project (MAGTAP) geological mapping component in April 2018 significant progress in the preparation and production of the preliminary deliverables has been made.

In October 2018, a group of geologists from the four consortium partner organisations (BRGM, Gondwana, IGS, and Mozambique’s Instituto Nacional de Minas (INAMI)) travelled to Nampula Province. Under the leadership of Dr. Frik Hartzer (IGS) and Joao Marques (Gondwana) the team met with officials of the provincial administration and local authorities, and performed a detailed logistical and geological assessment of the field situation. This exercise formed an invaluable part of the ongoing preparation for the field programme, which will start in the second quarter of 2019. 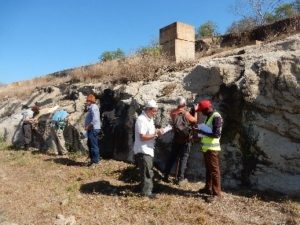