IGS, in partnership with GTK (Finland) and PGW (Canada), recently completed a geological mapping project in Lao PDR. The client was the Government of Lao PDR and it was financed by the World Bank. The project area consisted of two 1: 50 000 map sheets in the Nambak and Ngoy areas of north-central Lao PDR. The project started with a high-density aerial geophysical survey executed by Sanders (Canada). The data was interpreted by PGW in Toronto and integrated with existing geological data by IGS. This was followed by field mapping by IGS and GTK and analyses of geochemical samples. The final products consisted of two geological maps and a comprehensive explanation to the maps including an assessment of the existing mineral deposits of the area and an estimation of the mineral potential elsewhere in the area. The project ended with workshop in Vientiane during which the results were presented to the client. 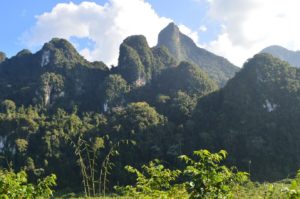